L'Hôtel du Lac and Restaurant SOWER represent the history, nature, land, and culinary culture of the Kohoku area.
We invite you to discover the incredible sightseeing destinations in the area as well as the producers and their products. 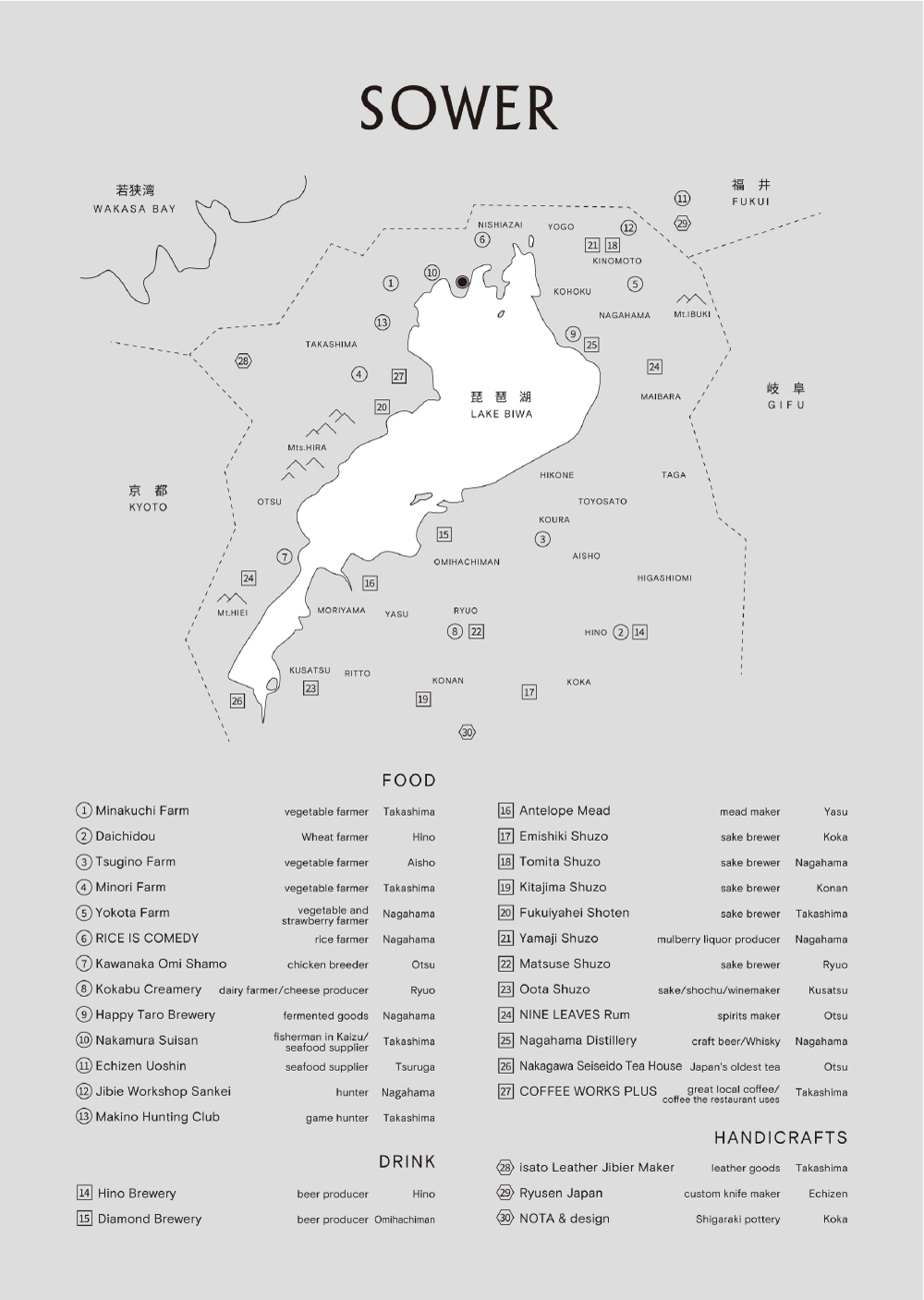 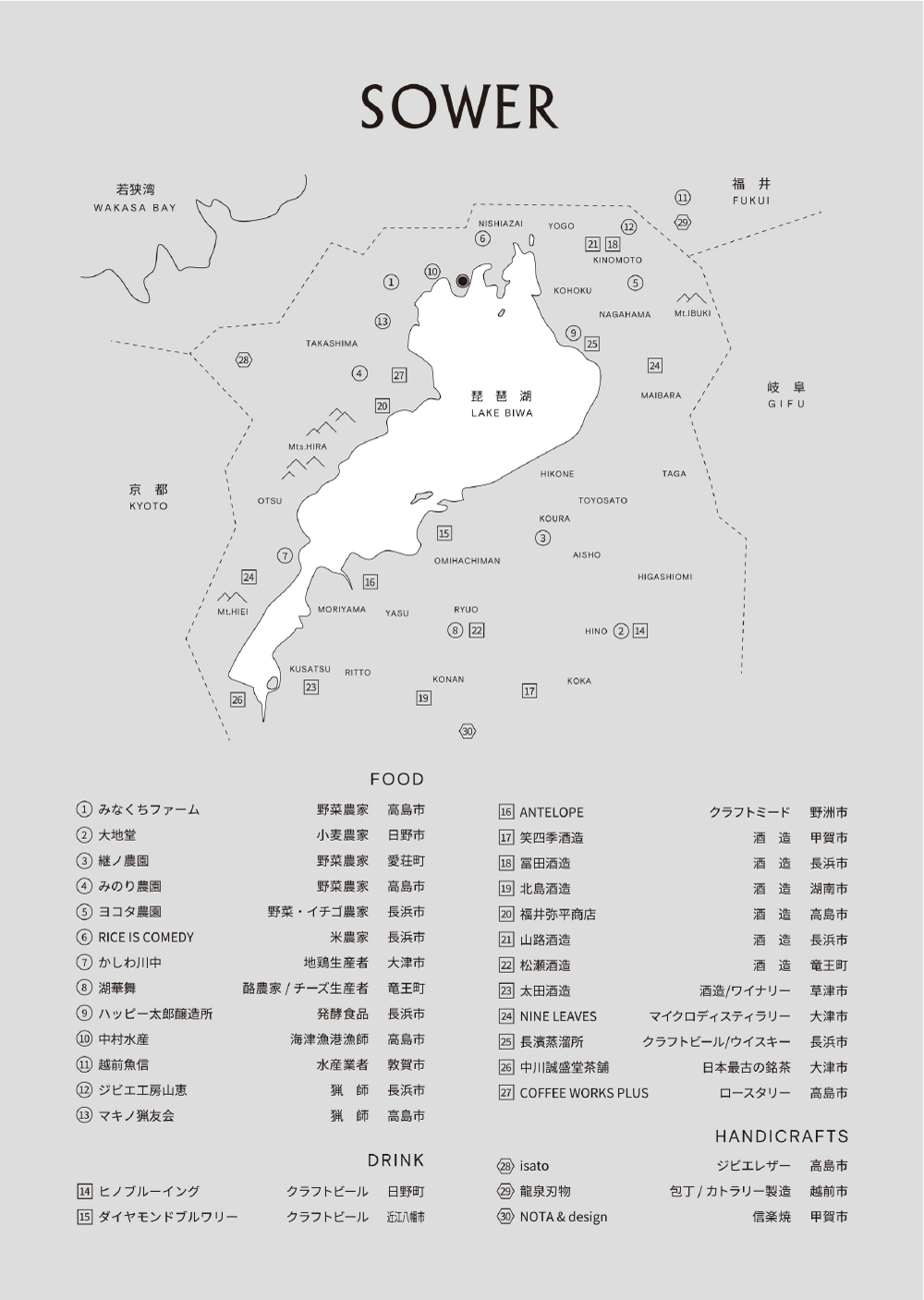 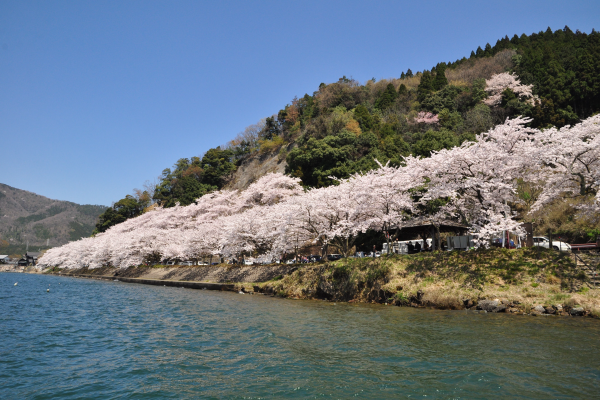 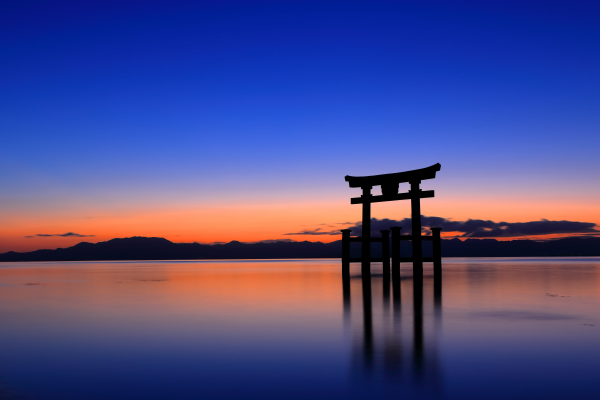 The deity enshrined at the shrine has long been widely revered as the god of longevity and white beard.
The shrine is also worshipped as a god of matchmaking, childbirth, good fortune, expiation, business prosperity, traffic safety, and other general guidance and path-breaking in the world of humankind. 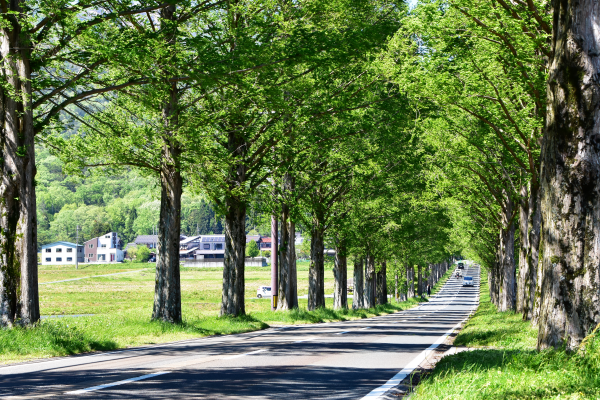 The symmetrical landscape created by the rows of metasequoia trees and the straight road is in harmony with the mountains of Nosaka Mountains in the distance.
It has been selected as one of Japan's New 100 Best Roadside Trees. 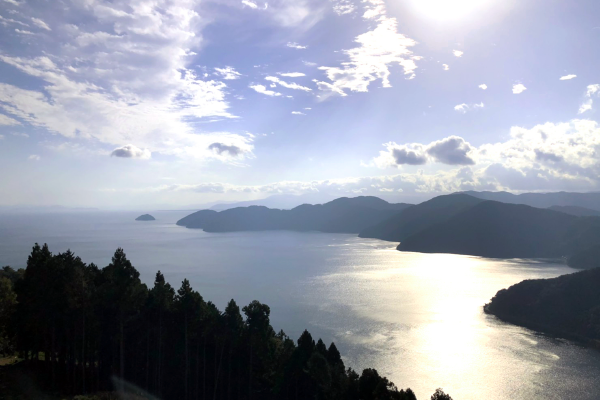 This lift offers a spectacular view of Nagahama City, Shiga Prefecture.
Shizugatake was the site of the decisive battle between Hideyoshi Hashiba (later Hideyoshi Toyotomi) and Katsuie Shibata and is now known as the Shizugatake Old Battlefield, attracting many history fans.
At the top of the peak are flags of soldiers called "Shizugatake no Shichihonyari" and statues of generals to remind visitors of the area's history. 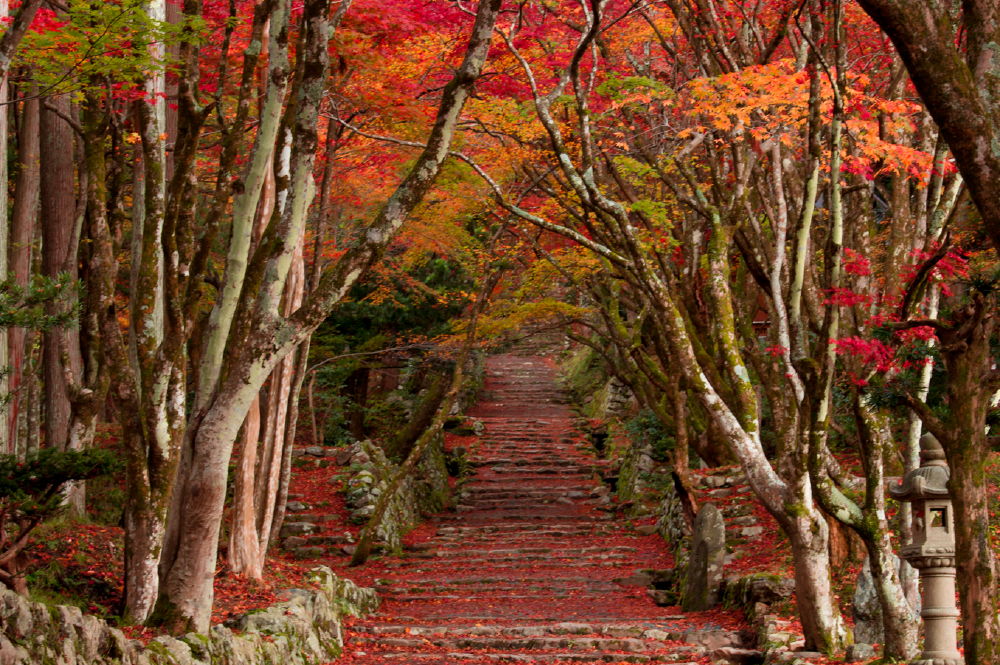 The gently sloping stone steps of the approach, the moss-covered stone walls on both sides, and the plateau are all reminders of a bygone era.
In the fall, the 200 old Momiji maple trees that fill the temple's precincts are even more venerable in their autumn colors. 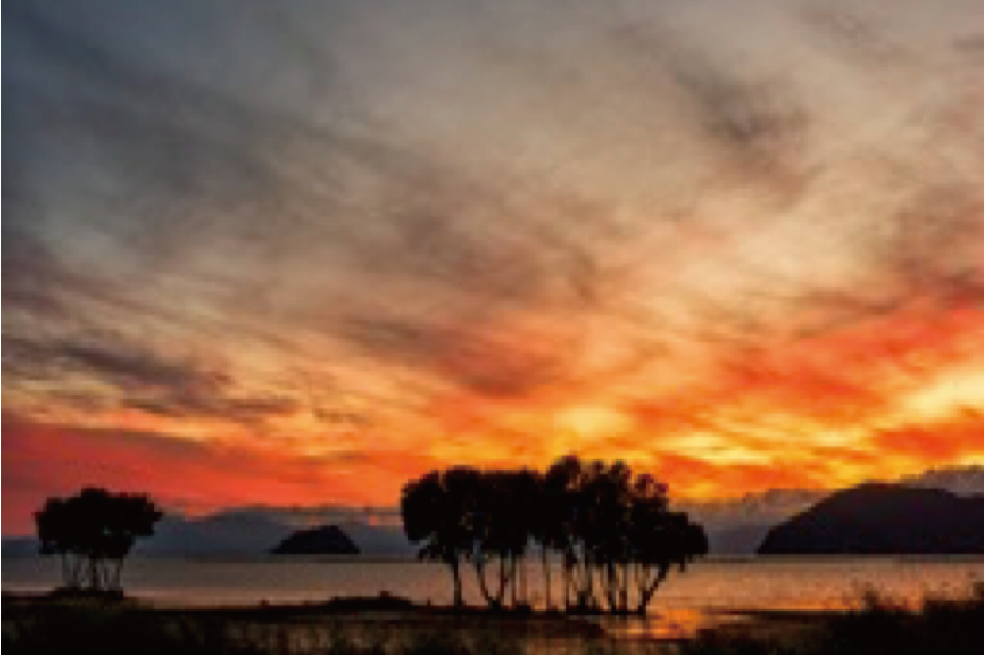 From Ho Park, a lakeshore road in Nagahama City, you can admire the fantastic sunset on the lake. In addition, the vast east-west stretch of Lake Biwa to the opposite shore provides a wide field of vision and a magnificent view.
From Kohoku Waterfowl Park in the north, the unique Uki Island and Chikubu Island, with the setting sun in the background, are genuinely spectacular, and the evening view of waterfowl frolicking in the lake, tinged with madder colors, gently envelops visitors' hearts. 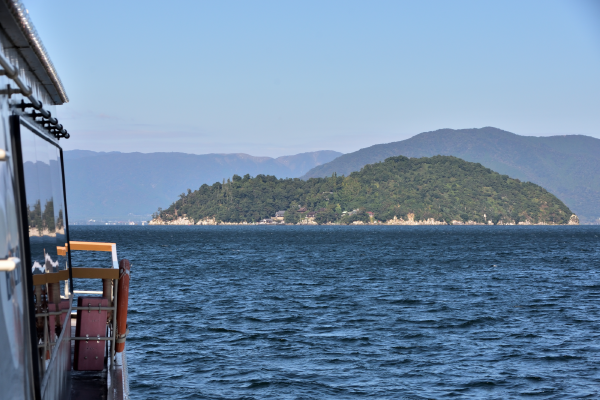 Hogen-ji Temple is the second largest island in Lake Biwa after Okishima, with a circumference of 2 km. 165 stone steps lead up to a large building, the main deity of which is Benzaiten (Sarasvati), and it is called " San-benzaiten," along with Enoshima and Itsukushima.
Kannon-do at Hogen-ji Temple is the 30th temple of the 33 sacred places of Kannon in the western part of Japan and is still visited by many people.
Crossing the boat corridor is the Tsukubusuma Shrine. The main hall (National Treasure) is said to be the remains of Fushimi Castle, and Momoyama art can be seen in the sliding doors, pillars, and transoms.
From the hall of worship, which is also mentioned in the Tale of the Heike, visitors can make a wish on a small unglazed plate and throw it toward the torii gate standing on the rocky shore. 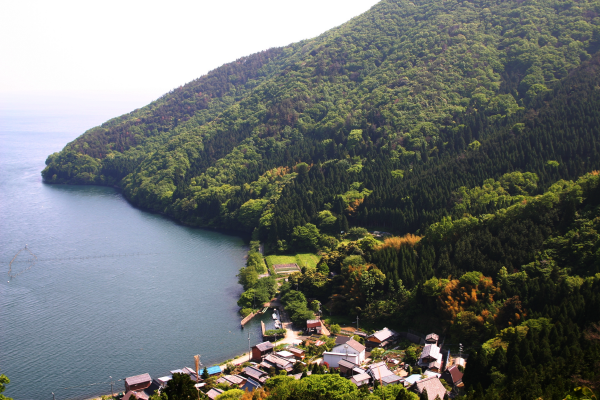 ＜Japanese Heritage＞
A lakeside village called "Hidden Village" on Lake Biwa (Oku-Biwako).
The old waterside lifestyle remains, including the Shisoku-mon Gate, which used to be a watchtower gate. In addition, the Sugaura Documents stored at Suga Shrine are designated as a national treasure. 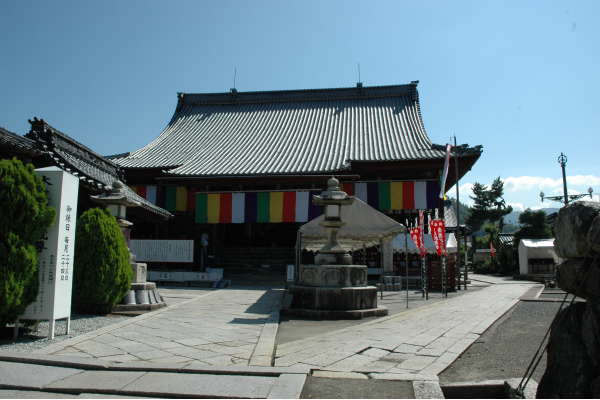 The place is the temple town of Kinomoto Jizoin Temple and a walking path that invites a sense of lyricism with its rows of houses that once bustled as an inn town on the Hokkokukaido road.
The more you stroll, the more you can enjoy the streetscape of old merchant houses and sake breweries, where you can make many discoveries. 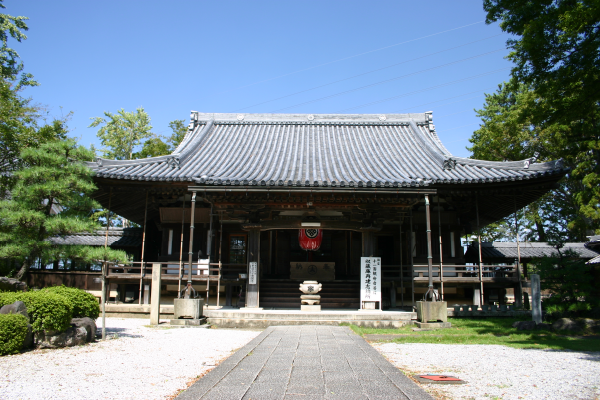 Nagahama City's Takatsuki Town is also known as "Kannon no Sato" (Village of the Kannon, Goddess of Mercy), and Kannon statues can be seen at many temples in the area. Among them, the Kogen-ji temple, Dougan-ji Kannon-do, houses the eleven-faced Kannon, one of the seven standing statues of the eleven-faced Kannon, a national treasure, and is popular artistically due to its beautiful form. 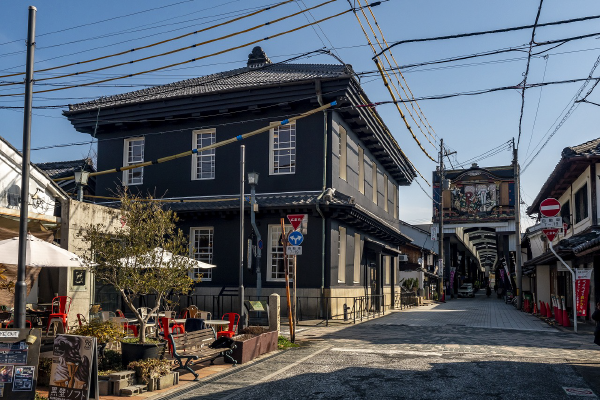 "Kurokabe Square" is the general name for a corner of the old streets along Hokkokukaido road.
Centering on the "Kurokabe Glass Museum," a renovated old bank that has been nicknamed "Kurokabe Bank" since the Meiji era (1868-1912), there are glass stores, workshops, galleries, hands-on classes, restaurants, cafes, and other attractive stores scattered throughout the old streets. 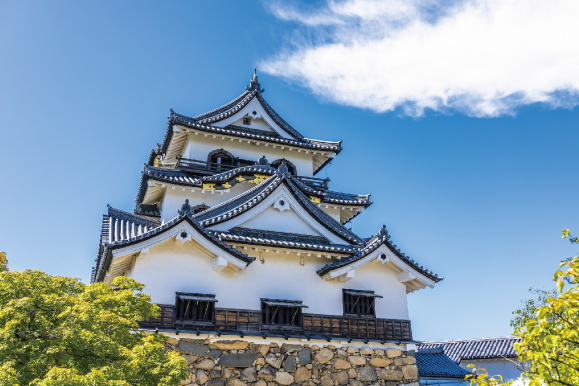 Construction of Hikone Castle began in 1604 and took about 20 years to complete. However, because the castle's flat structure remains in excellent condition, it was designated as a national "Historic Site" in 1951 and a "Special Historic Site" in 1956. It is carefully protected as an asset shared by all citizens. It is also listed on Japan's Tentative List of World Heritage Sites and is being sought for registration as a World Heritage Site.